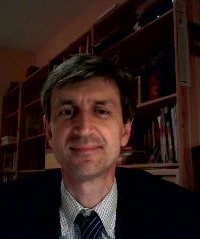 The critical moment was explained by the English poet Philip Larkin: “Sexual intercourse began/In nineteen sixty-three/(Which was rather late for me)-/Between the end of the Chatterley ban/And the Beatles’ first LP.” .In the second half of the twentieth century, the current rule has been coeducation. Only some private schools accepted sex-segregated education.

Back to single-sex classroom?

Some scientific workshops have insisted on brain differences between boys and girls. Specially, they point out their diverse maturation speed. So, advocates of sex-segregated schools suggest that boys and girls need different schools or different classrooms in elementary and secondary schools. However, their critics say that the real solution of the assumed woes of public schools is not the cheap use of single-sex education, but smaller classes, equality in resources and teachers with decent salaries.

The battle in the USA

The first fruit of the stream against coeducation was the regulations passed by the Bush Administration permitting school districts to experiment with same-sex classes for elementary and secondary schools, arguing that in some cases separation might help the educational process. Some public schools have set up mandatory sex-segregated programs. There have been some legal conflicts. However, Jack. M. Balkin[1] pointed out that "Yet single-sex education continues to exist in this country; and the U.S. Supreme Court has never squarely held that single-sex education in elementary and secondary schools is forbidden".

In effect, gender segregation is different to race segregation. So, at the moment, we couldn't apply the criteria of Brown v.Board of Education of Topeka, 347 U.S. 483 (1954). This landmark decision of the United States Supreme Court declared that state laws that established separate public schools for black and white students denied black children educational opportunities.

The sentence of the Spanish Supreme Court of 11th July 2008 (Administrative Court; Justice: DÍAZ DELGADO) has decided that:

Some regional governments (Cantabria, Andalucía) have started to deny public funds to schools with gender segregation. Others accept single-sex education, but perhaps will restrain its growth in the future (this is the case of Catalonia).

Gender segregation is not a panacea, but might be an interesting experiment

I doubt that evident brain and body dissimilarities could justify independent classrooms (or different schools). Indeed, there will be a sharp contrast between school and other social relations (workplaces, business or political world with men and women working together).

Poor and middle class families probably see gender education as "a promise of discipline and moral rectitude" (Balkin) or have in their minds the economic success of students in upper class schools.

But I think that gender segregation shouldn't be a taboo. Regional governments could boost sex-segregated education programs in some public and private schools. In recent years, educational agencies have set up the most bizarre ideas about teaching. So, we could test segregated education (of course, with the same program, goals and opportunities) and enhance freedom to to choose. But, this will be rather late for me…