Barbados, a beautiful paradise in the Caribbean for vacation and shopping, also known as a tax haven for offshore companies and offers very beneficial international planning. It is an ideal jurisdiction which foreigners use to set up for International Business Companies (“IBCs”).

For Barbados tax purposes, a company is subject to tax if it is resident and/or domiciled in Barbados. A company is considered to be tax resident in Barbados if its central management and control is located there. It is considered to be domiciled if it is incorporated in Barbados. Before the very recent amendments, tax rates could vary between 5% and 25% for local entities. However, for IBCs and other international entities, the tax rates were as low as 0.25% to 2.5%, which show that the preferred regime was substantial.

Consequently, it was not a surprise that Barbados was included on the OECD's list of jurisdictions with a preferential tax regime "potentially harmful" or "in the process of being amended", as per its report on Inclusive Framework on BEPS: Action 5[1], in 2017, which aims to identify and counter harmful tax practices, taking into account transparency and substance. The OECD was pushing the Caribbean countries to move forward and present changes. As a response and commitment towards the OECD, on January 24, 2018, Barbados signed the MLI and presented its Reservation and Notification statement to the OECD[2].

On November 20, 2018, the first woman and new prime minister of Barbados elected in May 2018, Mia Mottley, in parliament speech announced new reductions in the corporate tax rates saying "Simply put, it is no longer possible to do what we have been doing for 40 years; that is, making a distinction between the taxation of companies, operating internationally and those acting locally, without there being severe sanctions that will affect our capacity to grow at this challenging time".  She insisted in her message that "there is no path to prosperity that does not lie in being globally competitive."

Her declaration clearly states the beginning of new era to face the difficulty for Barbados to continue operating as it was, historically relying on international investment, while now risking sanctions. The purpose of such a change is to allow the economic growth. In our opinion, this decision is directly influenced by the increasing popularity of the MLI and by the fact that most member states having a tax treaty with Barbados have ratified or are in process of ratifying it. Barbados has no choice but to go with the flow and to remove the "ring fencing" of IBCs from local taxation, accompanied by reductions of levels of corporate tax to avoid damaging the finance industry.

It became one of the first countries in the Caribbean to converge tax rates down to those that are internationally competitive, while respecting its commitments towards OECD. By implementing the new regime, Barbados is fulfilling its commitment to be fully compliant with BEPS Action 5 addressing harmful tax practices, yet the below mentioned changes are still very generous and present very advantageous tax rates. In the present article we will only present the amendments. It would be interesting to analyse them in light of tax treaties and how they effect taxpayers.

1- Abolishment of the International Business Companies Act and the Societies with Restricted Liability Act, before December 31, 2018, hence there will be no new IBC or ISRL licences issued.

2- By January 1, 2019, all IBCs and International Societies with Restricted Liabilities ("ISRLs") will automatically become Regular Barbados Companies and Domestic Societies with Restricted Liabilities. They will be able to conduct business locally, regionally and internationally. Those companies with 100% foreign currency earnings will receive Foreign Currency Permit giving them the same exchange control exemptions they have benefited from before.

All corporate entities in Barbados, except for the ones grandfathered, which is discussed below, will be taxed on a sliding scale of:

5- Allowances and benefits: Only the following allowances provided under the Income Tax Act will be permitted as of January 1, 2019:

6- Foreign Tax Credits: All entities will be able to elect to take a credit in respect of taxes paid to a country other than Barbados, provided that such an election does not reduce the tax payable in Barbados to a rate less than 1% of the taxable income in any one year.

7- Tax Losses brought forward and available for offset will be restricted to 50% of taxable income in any income year. Hence many losses that were allowed are now repealed and not allowed, i.e: 15% tax on income from residential property for companies, 15% tax on manufacturing income, 20% and 40% on initial investment allowances on capital expenditures incurred in first year, etc.

9- Grandfathering rule: All entities, except IP entities, that have received their licence before October 17, 2017 will be grandfathered and will be able to benefit from the actual regime until June 30, 2021.

It should be noted that as of January 1, 2019 the lowest tax rate applicable to these entities was raised from 0.25% to 1%, so that grandfathered and non-grandfathered taxpayers earning taxable income higher than BBD 30M will be taxed at the same minimum rate, creating a reduction of the benefit of being grandfathered.

We believe that by choosing the lower tax rates "to remain globally competitive", the Barbados government has set a bar for other states in the Caribbean jurisdictions to compete with them. It will be interesting to watch for their reactions.

It is unknown what the new standard converged low rates for IBC and domestic companies will show as results in the near future. There is a risk that revenues to the government might decline, but 2 elements remain certain: IBCs will continue existing and increasing and local companies with low rates may be encouraged to invest and generate more profits. This is the beginning of a wind of change in the Caribbean. 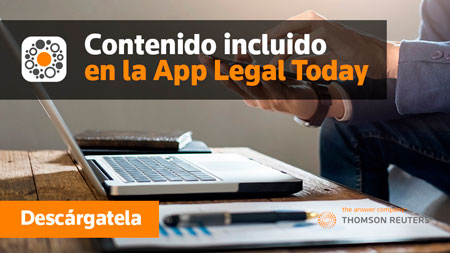