On this April spring day, as snow is falling, the outside view reminds me of Christmas and John Lennon’s song “So this is Christmas…” comes to mind, but unconsciously I found myself shifting the words to reflect this time of year “So this tax season…. when will it be done?” We are in the middle of tax season in many countries, just to count a few: in Spain the “Campaña de Renta” started on April 2nd and will last until June; in the USA, deadline for filing is April 15th, in France depending on the return and the department and if it is resident or not, it is due between the 21st of May and 4th of June, and in Canada we have until April 30th for individual tax return filings.

So, as we are saturated with work, beginning of spring in Canada often coincides with the government Budgets as well. As tax professionals, many of us are called to be on top of our knowledge by following these announcements, which is our responsibility, and juggle with tax questions and filings for our clients, family members, friends, the friend of a friend, the neighbour of a friend, and I pass…

In the midst of this chaos, and as I am trying to respond to friends for their income tax returns between Spain, US and Canada, almost a month ago, the Canadian government introduced the 2019 Federal Budget. For Canadian tax practitioners, it is considered THE DAY, because we are all eager to know the new measures and many provinces propose tax measures consequently. So, we all wait until 4 o'clock PM to start reading the documentation, as nothing is released publicly before that time. This year, it was more election budget as it offers tax incentives and focuses on helping new home-buyers and elderly persons.

From an international tax perspective, in relation to BEPS, the Canadian government wanted to make an update on BEPS by reinforcing the importance of country-by-country reporting and by highlighting the role of Canada's participation in the OECD review of the standard for these reports to ensure that they provide tax administrations with better information allowing for proper assessment of transfer pricing and other BEPS risks. This review is scheduled to be completed in 2020.

Furthermore, the 2019 Budget insists on the importance of the MLI as a tool in facilitating the number of measures developed under the OECD/G20 BEPS project, and in combatting international tax avoidance. It restates that the Government is taking the necessary steps to enact the MLI into Canadian law and to ratify the MLI as needed to bring it into force.

Without proposing important legislative changes, the Canadian government reiterates its position on combatting aggressive international tax avoidance: "The Government continues to work with its international partners to improve and update the international tax system, and to ensure a coherent and consistent response to fight cross-border tax avoidance."  So, the federal Budget proposed 4 measures in relation to international tax in Canada. For the purpose of the present article, I would like to focus on 3 elements, regrouping the TP rules under one bracket.

The 4 measures proposed by the federal Budget are:

The FAD rules, section 212.3 ITA was introduced by the Canadian government in 2012 to target foreign investments made by CRIC using borrowed funds. From BEPS perspective, they are essential to prevent erosion of the Canadian tax base, as it was possible to repatriate the exempt surplus by Canadian resident corporations from their foreign affiliates without having to pay any additional Canadian tax payable and distribute the paid-up capital (PUC) to NR shareholders without dividend withholding. With the FAD rules, this was not possible anymore, as they resulted in

The new measures applicable to transactions occurring on or after March 19, 2019 propose to expand FAD rules to CRIC controlled by:

This measure creates uncertainty as it goes beyond the spirit of the initial FAD rule, reaching many situations that were not taken into account by tax practitioners in scenarios involving private Canadian corporations. We are of the opinion that these situations represent surprising consequences for the tax community and that the Canadian government will have to take other considerations moving forward.

The current exceptions to the application of the transfer pricing rules that pertain to situations in which a Canadian resident corporation has an amount owing from or extends a guarantee in respect of an amount owing by, a controlled foreign affiliate will continue to apply.

This ordering may have implications, for example, in the potential application of transfer pricing penalties. This measure will apply to tax years that begin on or after March 19, 2019.

The transfer pricing rules include an expanded definition of "transaction", which includes an arrangement or event to apply to broad range of situations that may arise in the context of a multinational enterprise's operations. However, the expanded definition of "transaction" used in the transfer pricing rules does not apply for the purposes of the rule establishing the extended three-year reassessment period after its initial examination. The new measure makes said definition relevant in the context of "transactions" involving a taxpayer and a non-arm's length non-resident person. The measures apply for taxation years where the normal reassessment period ends on or after March 19, 2019.

In our assessment, overall, the 2019 Budget was built for election purposes trying to shift taxpayer's attention from big problems that the Trudeau administration had to face lately with the SNC-Lavalin corruption case. We think that our government could have made important announcements in relation to digital tax, at least to follow other EU countries and not be far behind. 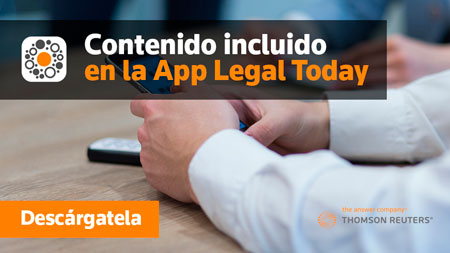